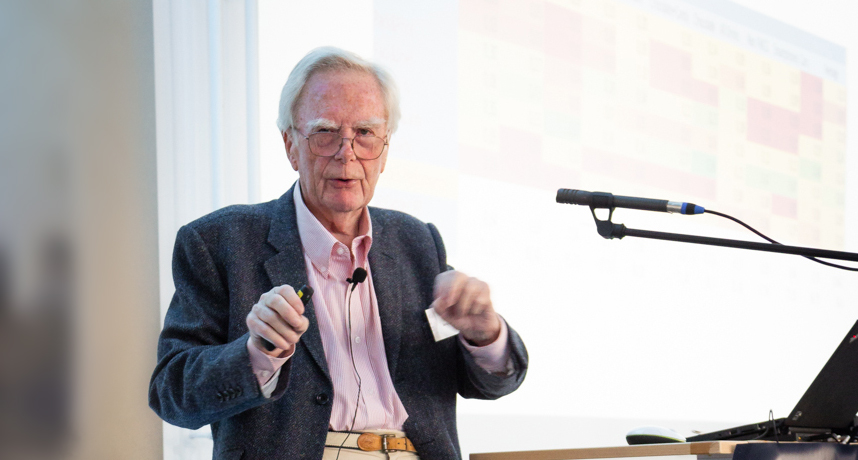 Jacques BLANCHARD was called home on September 16, 2021. He was born as an only child on July 25, 1942 in the city of Pau in South-West France at the foot of the Pyrénées mountains. He was father of three children and lived with Paule Schneersohn for the last 20 years.

Jacques was a brilliant student first at ENSAE – a national school for statistics, administration and economy – and then at the M.I.T. in Cambridge / USA to complete his training in mathematics. Returning to France he began working at the SEMA where he found four colleagues with whom he founded Novaction. This company was present in several countries around the world. A company for which he worked until his retirement at the age of 65. Following this, he worked as a consultant for BASES, a branch of the Nielsen corporation, and later founded Jacques Blanchard Consulting.

Jacques Blanchard was an eminent expert for human behavior and experience. With his work he revolutionized the approach for understanding human behavior and human feeling and thinking. He was a great inspiration for the whole industry, a true role model as a value-oriented business leader and a pioneer of implicit research.

Gifted with kindness, his passion for people was strong, his intelligence deep and sharp, his search for truth in life was overwhelming. His main innovations were focused on a scientific approach combining mathematics, psycho-analysis and qualitative research, bringing great improvements to market research, advertising and sales-prediction. Even in the last days of his life he was trying to explain to the doctors who were taking care of him the arcane intricacies of data analysis and modelization.

His many ideas live on in many grateful business partners and a whole range of academic disciplines.