21 Jun Track the Success – Which environment is the most effective for recipients of advertising? 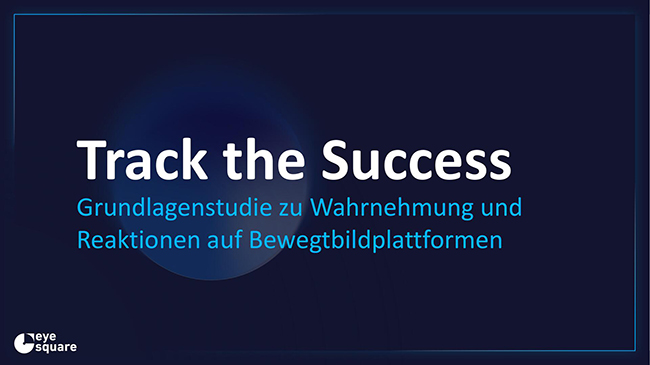 From January to March 2021, eye square supported Screenforce, the initiative for marketing TV and media. This year, the initiative is investigating the impact of commercials on the TV screen, laptop and smartphone, all using the identical ad. In the current study, Screenforce explores the question of how viewers and users perceive media content and what influence the situation of reception has on the effect of advertising.

For the “Track the Success” study, eye square developed a completely new setting for home media ethnographies. For the measurements, it was important which specific situations recipients found themselves during the advertising contact. Equipped with eye square technology, participants were able to take part in the study from home in a natural environment without eye square staff having to come to the participants’ homes.

eye square, on behalf of Screenforce, investigated the implicit perception, effect, and reaction to advertising in lean-back media like TV or BVOD and lean-forward media like YouTube or Facebook. The perception was measured via attention to screens with cameras. Participants’ reactions were collected via facial expression tracking and skin resistance measurement. The impact was determined at the end via explicit scales and questionnaires.

The experimental setup from eye square included 549 participants and is the largest study of its kind in the German-speaking region and in the German-speaking world. Based on high case numbers, the “Track the Success” study proves, for the first time, that TV and BVOD are measurably superior to lean forward channels such as YouTube, but especially to the Facebook network, in the reception of advertising as media channels.